I don’t have much in the way of family. My mom passed away unexpectedly four years ago this month. I’ve been estranged from my father since I was 14, and my younger sister for a number of years now.

I had helped Snicky’s mother give birth to him on June 30, 1999, and kept him warm inside my shirt when he was a tiny newborn kitten as his littermates were born. There were eight in all, with one stillborn.

When my mom died suddenly and unexpectedly in 2009, I took Snicky in. He was a beautiful Maine Coon-Persian mix. He was so scared, and he clung to me; I cooed to him, telling him it was all right and don’t worry. I don’t think he ever forgot that… he was devoted to me for the rest of his life.

Snicky was originally her cat, and one of the most loving, affectionate cats I’ve ever met. Snicky loved people, and loved to talk — very opinionated, in fact. He was quite dog-like in a way; he would always greet me at the door, and would hang out with me and my guests if anyone came over. He would jump up into strangers’ laps, and charmed everyone he met, even self-proclaimed cat haters. He invariably followed me around the house and always wanted to be where I was. He was a charismatic people person, for sure.

If I was doing a sewing project, or any kind of interesting unusual thing, he would sit right next to me, watching and supervising. I used to say he was my project manager. He spent a lot of time shoving himself between my lap and my keyboard, insisting on blocking my view and making it hard to type.

He liked to knock over the kitchen trash if there was anything interesting in there (he loved raw chicken and beef, and would go crazy any time he heard the pop of the vacuum-sealed containers. I’d give him the empty ones and he’d lick up the juices.

I had trained him to jump up on laps, and he loved to sit in my lap — especially when I was busy doing something like knitting or computering.

He used to be an outdoor cat when he was my mom’s, but when I took him in after her death he was exclusively indoors. He would sit in the window and stare at the birds. Pigeons were particularly daring, sitting right on the window sill while he made those anxious little hunting cat clicks and whirrs, flicking his tail. He was a great mouser, as well. When he was outdoors, my mom had said he would bring home 4-5 mice a week. In my apartment, he caught at least two that I know of, though it was probably more.

He loved to sleep in bed with me, and often he would curl up in my arm, just like a teddy bear. Many times I’d wake up to find him there. Sometimes he’d sleep on my chest, or if I were on my side, drape himself over my waist. He liked being picked up and cuddled, and had a bit of a ragdoll temperament. He was a huge purrball, and he loved to purr, often and loudly. When he was really happy, he’d give me little kisses (gentle licks with the soft tip of his tongue). He liked to “monorail” my arm; he’d lie along the length of my arm, his warm belly pressed against my forearm.

Snicky had kidney disease and some upper respiratory problems due to the slight flattening of his face, putting pressure on his sinuses. It’s a common thing with Persians, although he didn’t have one of those super-squished faces. He was very sick towards the end, and antibiotics weren’t helping. I was going to take him to the vet today, but when I went to get him, I found him dead.

He was the only family I had, and now he’s gone. I’m glad he’s not suffering anymore, and he knew he was loved, and loved unconditionally in return.

I love you, Snicky. I hope you’re with Mama now. 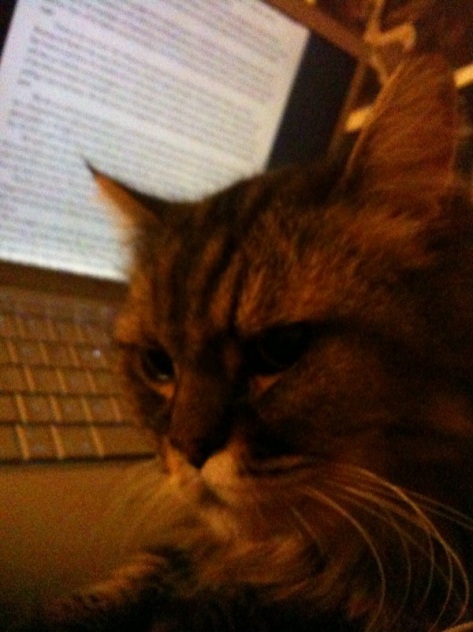 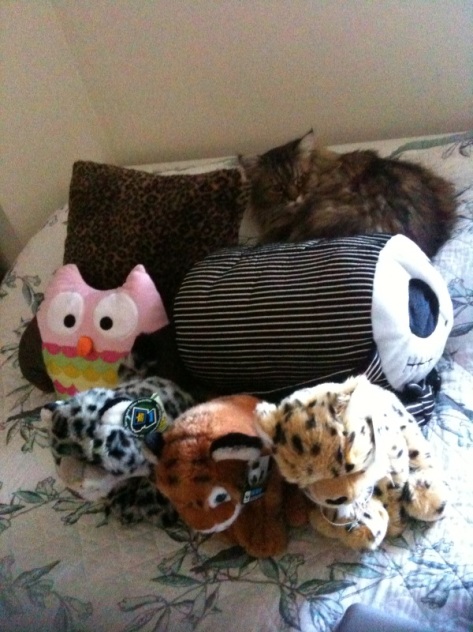 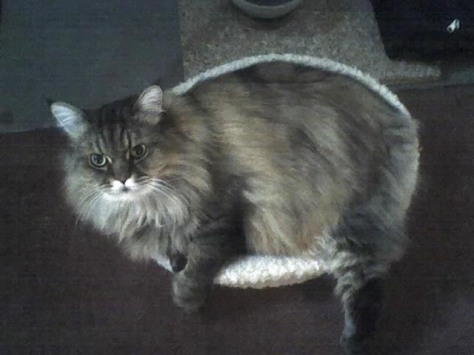 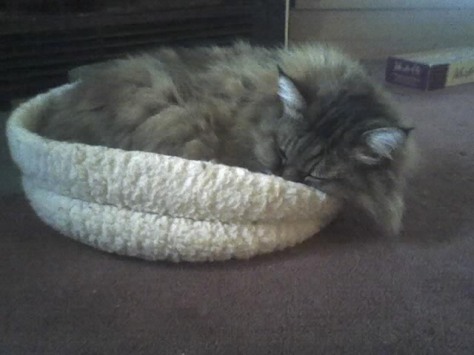 What do bad little girls want? Strap-ons and spice and everything nice! Three sizzling stories by Lula Lisbon plus BONUS story by Kitty Meaker.

A kinky scifi novelette about a lady scientist who clones herself... Amazon Select Exclusive! 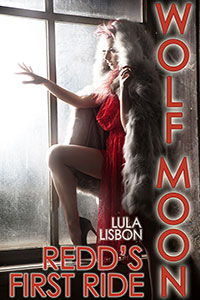 BANNED BOOK! College athlete Drew has a huge crush on coach Gabriel. Will the older man show him the ropes? 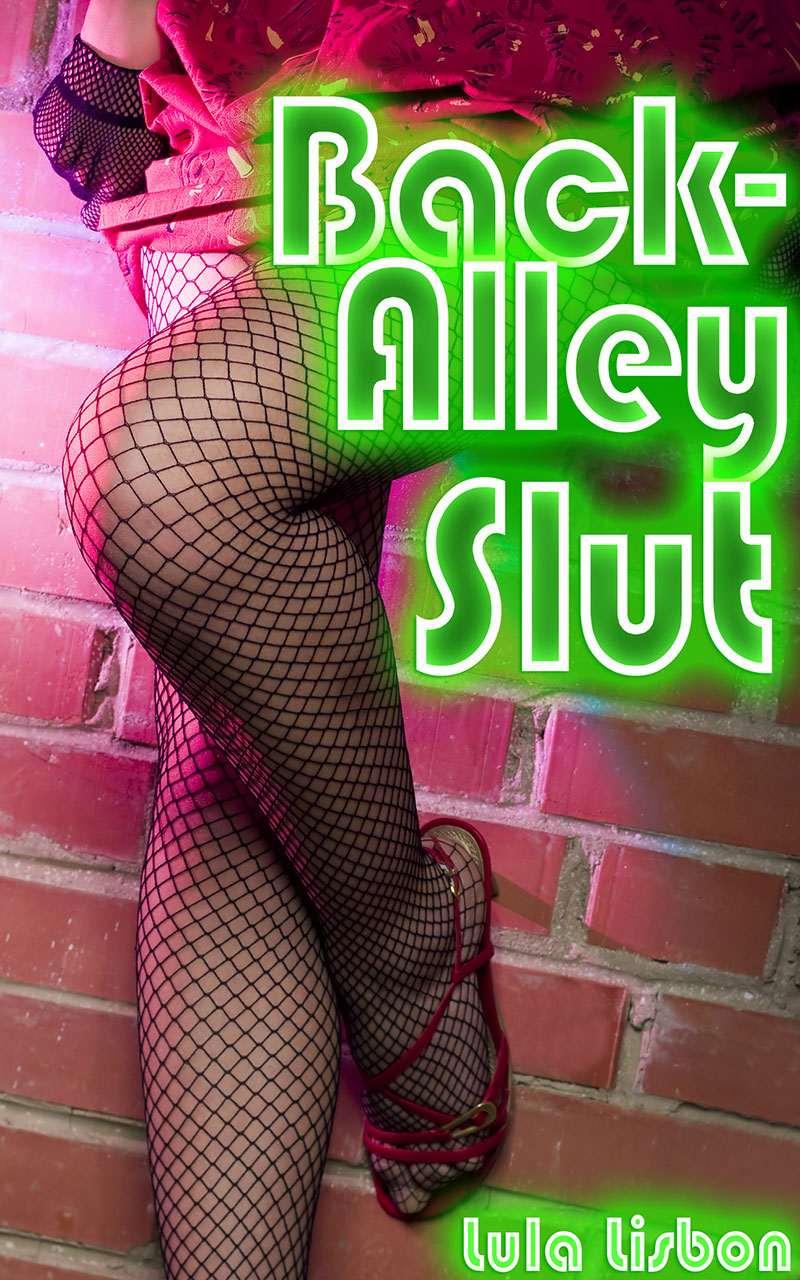 The sexy femme comes over dressed like a slut, wearing a coat over her naughty clothing for modesty. The Butch takes her coat, then locks them outside in the alley. What's a bad little subfemme to do?

Bisexual rocker Angie’s a bored manager at a music venue having a secret affair with hot lesbian waitress Rae. When a sexy rock band comes to headline and can’t pay their tab, the two women blackmail the band into rocking out with their cocks out! 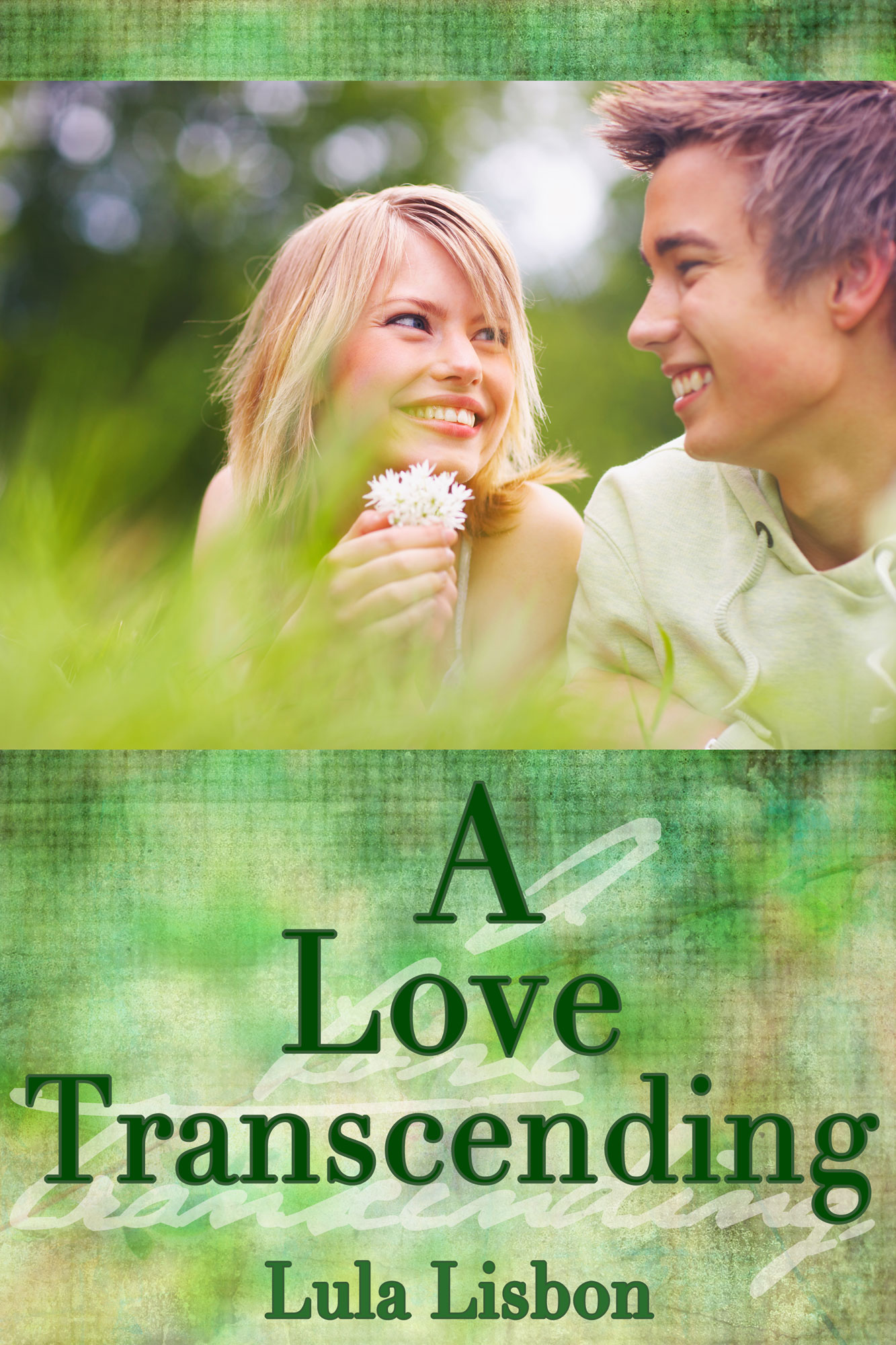